Freecell is a card game that belongs in the category of Solitaire games and is played by one player. To get a good understanding of Freecell, we will start by looking at the layout comprising the following three parts: 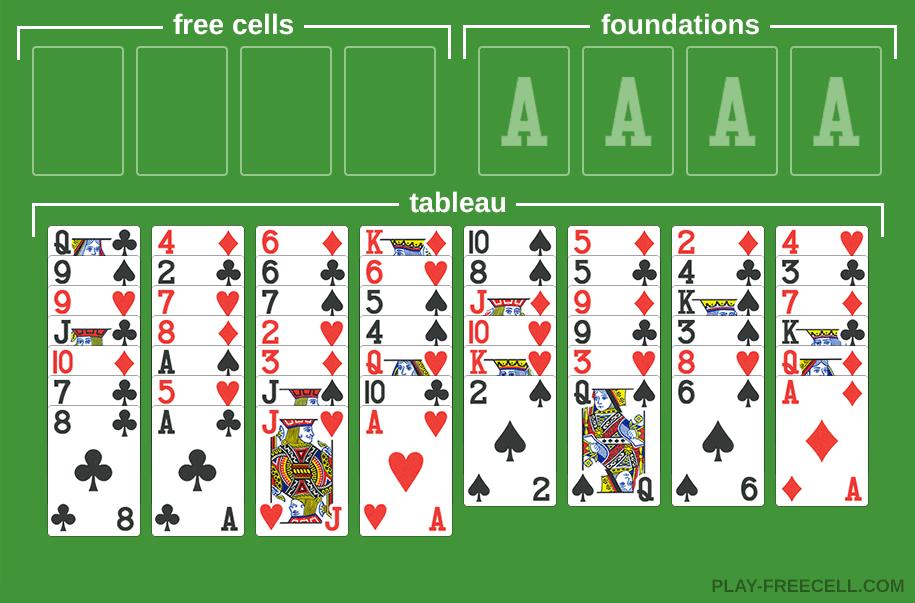 The goal of Freecell is to move the cards from all 8 columns in the tableau to the 4 foundations, in series always starting with an ace and ending with a king and sorted by the 4 different suits in the deck. So, it makes sense to start by trying to clear the aces on the tableau, then the twos and so on. 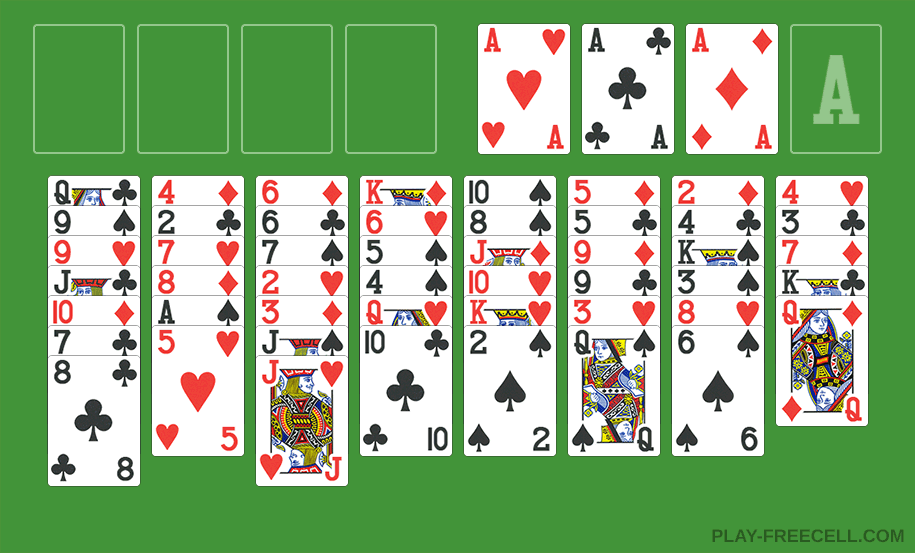 In the above figure, you can see that three aces have already been found. The fourth ace can be seen in column 2. But, it is not free yet: it has a 5 of hearts on top of it. You can move a card onto another card on the tableau providing it is 1 point higher in value and it must also be a different colour. So, in this game, you could move the red 5 of hearts to the black 6 of spades in column 7, freeing the ace that can then be moved to the foundation. From there, you continue searching and find you can put the 2 of spades in column 5 on the ace of spades we just moved, and so on until all the cards have been cleared. A completed game looks like this: